The Guardian and several other European newspapers published an article today about the rather Kafkaesque situation of Mr. L. L, a Chinese tourist, lost his way in the German asylum seeker’s system. Imagine you are a Chinese tourist somewhere in Heidelberg, Germany and your wallet gets stolen. You try to rectify the sitation by filing a report at the local Town Hall. However, since you don’t speak any other language but Mandarin and nobody seems to understand you, you automatically get sucked into the asylum seeker’s tunnel from which there is no escape. This is exactly what happened to Mr. L. On a holiday visit to Germany, L ended up in an asylum seeker’s center in Dülmen where he spent a fortnight before somebody found out that he was ‘just’ a Chinese tourist. The oddest thing is Mr. L’s comment after having left his involuntary holiday destination: he said Europe was “not what he had expected.” 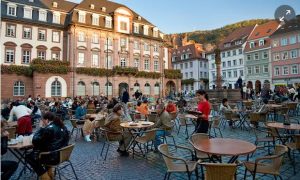 Anyway, read the story for yourself and imagine the benefits and challenges of multilingualism and about how a thorough knowledge of the cultural and societal sides of migration might help avoid problems like Mr. L’s.