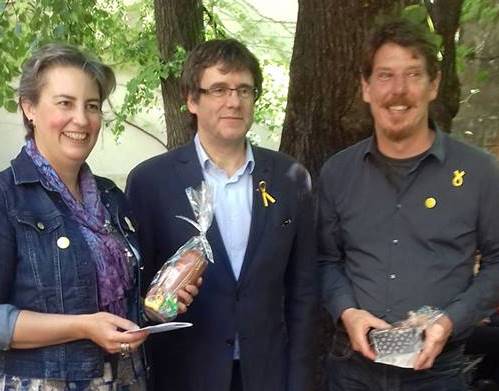 The summer solstice – the longest day of the year – marks the beginning of summer and is traditionally celebrated by many people. In Catalonia, this event coincides with the Feast of Sant Joan on the 23rd of June, which is celebrated throughout Catalonia. During the festival of Sant Joan, bonfires are lit on the beaches and in town squares, firework displays go off over the sea and the mountains alike, and music echoes through streets all through the night. The festivities are loaded with Catalan national significance in terms of Catalan language and territorial cohesion, as each year hundreds of torches are simultaneously paraded through the country between June 22 and June 23, symbolizing the vitality of the Catalan culture. The first torch is ignited in Canigó, an iconic mountain for Catalan identity in the Catalan-speaking area of southern France, and is shared with torch bearers in hundreds of towns in the country.

But how to celebrate this important national holiday when your president – Carles Puigdemont – is on exile? The solution: Since Puigdemont can’t be in Catalonia to celebrate the national holiday, why not bring the fire to him wherever he is? And this is exactly what happened. La Flama del Canigó  – the traditional flame symbol of Catalanism that is used to light the bonfires of Sant Joan – traveled abroad, to President Carles Puigdemont. The Catalan German diaspora hosted the event by the beaches of the Elbe river on a rainy day, while officials from the Catalan cultural organization Omnium Cultural flew in for the occasion with an oil lamp containing the symbolic flame.

We are very happy to have had our department represented during this occasion, as two members of our department – Eva J. Daussà, who is from Catalan origin, and Tilman Lanz – joined the Catalan German diaspora and brought President Puigdemont an additional gift. The gift was a sign with a Frisian saying on it: “Wer’t wy op ‘e wrâld ek binne, oer ús skynt deselde sinne” (Wherever we are on the world, the same sun will shine on us). So what did Carles Puigdemont have to say about it? ‘Ah, the Frisians’, he said, ‘I know them! And I identify with their struggle’. And so it came to pass, that a bit of the ‘Frisian fire’ arrived in Hamburg as well that day.